Rachel* hated big groups, and yet she found herself heading towards the strange little conference room in the basement of the hospital. After a month of hearing about the group, she sheepishly opened the door - nervous, hesitant, maybe a little embarrassed? - to participate in her hospital’s NICU support group.

She seriously considered turning around and heading home. She never wanted to go in the first place - she felt that she could barely get through the day as it was, with a two year old at home and an extremely premature baby clinging to life in the NICU upstairs. How could she possibly find time for this?

The truth is, she didn’t like to talk about herself or her feelings, and she was pretty sure nobody in there would help her feel any better about the train wreck that she felt her life had become.

But something convinced her to go - maybe it was when she realized that nobody - NOBODY - she talked with about her new baby had any idea what she was going through. Maybe it was the the dread she felt checking her emails because of the daily notices from the online pregnancy forum she had signed up for early in her pregnancy that now kept haunting her inbox with happy details of how her perfect pregnancy should be going, not knowing she had delivered 14 weeks early. Maybe it was her husband who was being brave and strong and supportive..... and yet was unable to talk with Rachel about any deeper emotions about having a sick and fragile baby.

No, what finally tipped the scales was when her best friend, without meaning to be insensitive, said to her one day “Well, at least you didn’t have to gain and lose all that extra baby fat by having her early!” and Rachel just burst into tears. She needed a friend who understood.

Whatever it was that finally convinced her to head down the elevator and into that room, it was the best decision she had made in a long time. Better than sitting in her living room crying alone. Better than hours spent on Google researching every possible grim outcome she might be facing.

Everyone in that little room had walked through the doors of the NICU into the noisy, scary, overwhelming foreign world. They understood the unspeakable pain of leaving their babies in that strange place - with other people to care for them - when they went home.

Every one of them understood what it’s like to have to deal with a nurse they didn’t like, how annoying all the hand washing is, how terrifying any phone call from the hospital is, how heart wrenching it is to be unable to hold their very own child. Every one of them had sat in their cars and cried, woken up in the middle of the night and cried, pumped while crying.

They understood. When nobody else did.

And more than listening and understanding, they offered hope. Many of them had babies who had long since graduated from the NICU and were home thriving, which was powerful inspiration for Rachel to hear. They shared their advice, which gave her new ideas to try. And they shared their stories, which helped Rachel keep her own experience in perspective and gave her a chance to truly care about other peoples’ stories for a little while.

And at the end, they offered hugs. Rachel wasn’t much of a hugger, but it turns out she loved hugs from other parents who understood.

Finding a tribe of NICU support is a really important part of surviving the experience better. If your hospital has one, even if you’re like Rachel and you would really rather not go, give it a try. If your hospital doesn’t have one, consider starting one, or consider reaching out to great organizations such as NICU Helping Hands or Hand to Hold or Graham's Foundation and ask for their help with peer support. At the very least, you can join a forum like this one or this one and share your story and your feelings with understanding people online.

But please keep in mind - online forums are NOT filled with people who understand YOUR NICU culture, YOUR nurses and doctors and policies. And they can’t give you a hug, offer to give you a ride, and they can’t meet up for coffee or get your kiddos together for play dates as they grow up together.

Rachel would tell you that, without a doubt, several of her closest friends these days are ones she never would have imagined having. They're the friends she met in that strange little hospital conference room. Now that she’s home with her healthy baby girl, she still goes back to the group, to offer a helping hand and hope to others. Finding her tribe helped her heal, helped her get through with her sanity intact, and gave her peace of mind like nothing else could during that difficult NICU experience. Why not go give your NICU support group a try?

We would love to hear from you - tell us about your experiences with finding YOUR tribe, your NICU support!

[*Due to privacy requirements, names and details have been altered] 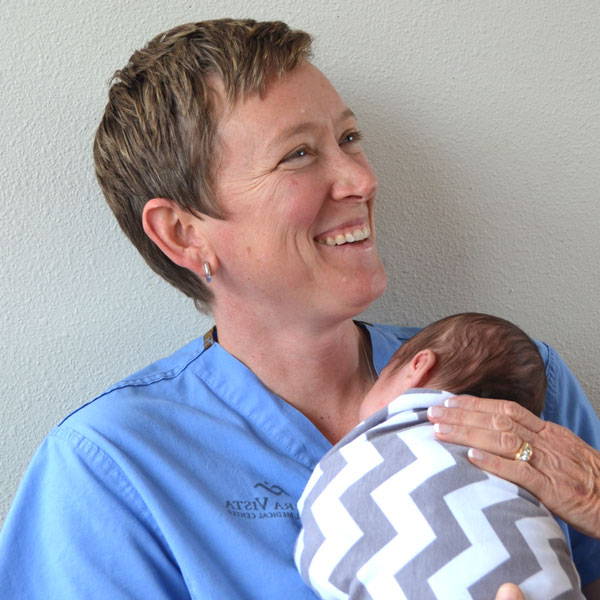 Trish Ringley is the founder and CEO of Every Tiny Thing. She has been a NICU nurse since 1997, and she's been creating the products and accessories that NICU parents love since 2014. When she's not at work caring for NICU families, she's raising her two teenage kids, gardening, and raising service dog puppies for Canine Companions for Independence.